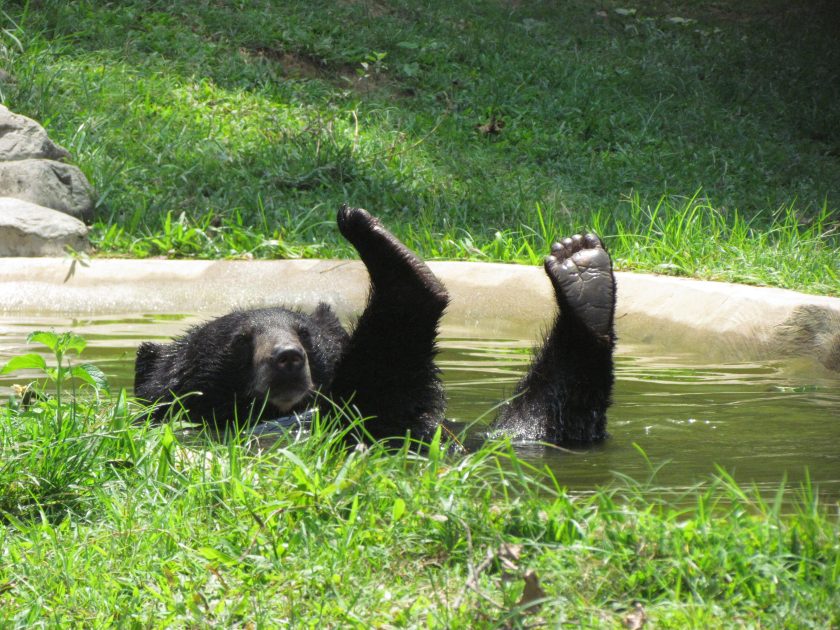 Located only 60km north of Hanoi, Vietnam Bear Sanctuary sits within the picturesque Tam Dao National Park. Home to a number of rescued bears, the sanctuary provides a safe and protected space away from poachers and traders. It was created by the organization, Animal Asia. And Vietnam Bear Sanctuary was introduced to protect bears in the country.

Spread over an impressive 3000 square metres, the sanctuary is made up of both outdoor and indoor areas. Space has been designed to replicate the bear’s natural habitat. It has an intention to promote their natural behavior and growth. Including a number of swimming pools, bear houses, structures, and trees.

Vietnam Bear Sanctuary is large enough to house up to 200 rescued bears! They currently host around 180 bears.

Despite the fact that Vietnam Bear Sanctuary is not officially open to the public, tours of the sanctuary can be arranged for small groups on specific dates.

Originated in China, Animal Asia was first introduced in 1998 to protect bears in China from the conditions in which they were being kept. Bears across the country are held on bile farms, where they are being farmed for their bile. A fact not commonly known by many.

It is estimated that there is as many as 10,000 bears being held in such conditions in China alone. And it was later discovered that the farming of almost 1000 bears was also being carried out in Vietnam. As a result, Animal Asia expanded its organization to protect bears in Vietnam.

To date, Animal Asia has successfully rescued over 600 bears across China and Vietnam! All of which have been or are being nursed back to health in one of their impressive bear sanctuaries.

To add to their ongoing mission, Animal Asia also aims to protect animals from abusive treatment across Asia. Animals throughout Asia are subjected to vile treatment. Often in captivity, so-called sanctuaries or safari parks. And the organization is campaigning to make the public aware of such conditions.

The Bears at Vietnam Bear Sanctuary

Vietnam Bear Sanctuary rescues bears from poor conditions in Vietnam throughout the year. As a result of bad treatment, these bears come with varying medical conditions and varying needs.

The sanctuary itself employs experts and veterinarians who are able to treat the bears based on their individual needs. During their time at the sanctuary, bears are cared for and nursed back to health.

As a result of their bad treatment, many of the adult bears who are rescued by the center are brought in with some of the following conditions; Damage to the gall bladder due to the nature of bile extraction, missing limbs as a result of bear traps, damaged teeth from gnawing at cage bars, stunted growth due to malnourishment

Due to the nature in which poachers capture adult bears, often their cubs are found removed from their parents. As a result, the sanctuary also aims to rescue young bears that have been separated from their families.

Following their recovery, the team at Vietnam Bear Sanctuary start the long process of reintroducing them to the wild. Due to the nature of this situation, this can take months and a lot of work. However, bears are often returned to their natural habitat once they have completed a full recovery. 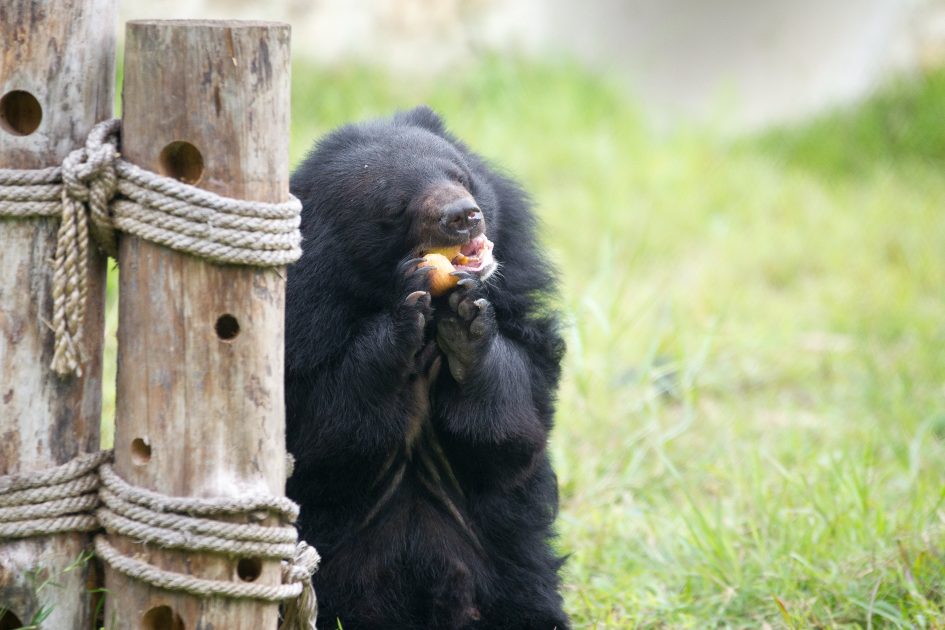 When You Can Visit Vietnam Bear Sanctuary?

Twice a month, Vietnam Bear Sanctuary opens it’s doors to the public. Tours are organized by the sanctuary and are led by staff as a pledge to educate the public. The team has designed presentations and workshops to inform visitors of their ongoing battle with the farming of bears.

Visitors must contact the centre prior to their arrival in order to arrange a tour. Due to the fact that the sanctuary is only open on specific dates, it is important for this to be done in advance.

To find out more about Animals Asia and their work at Vietnam Bear Sanctuary, visit their website here. 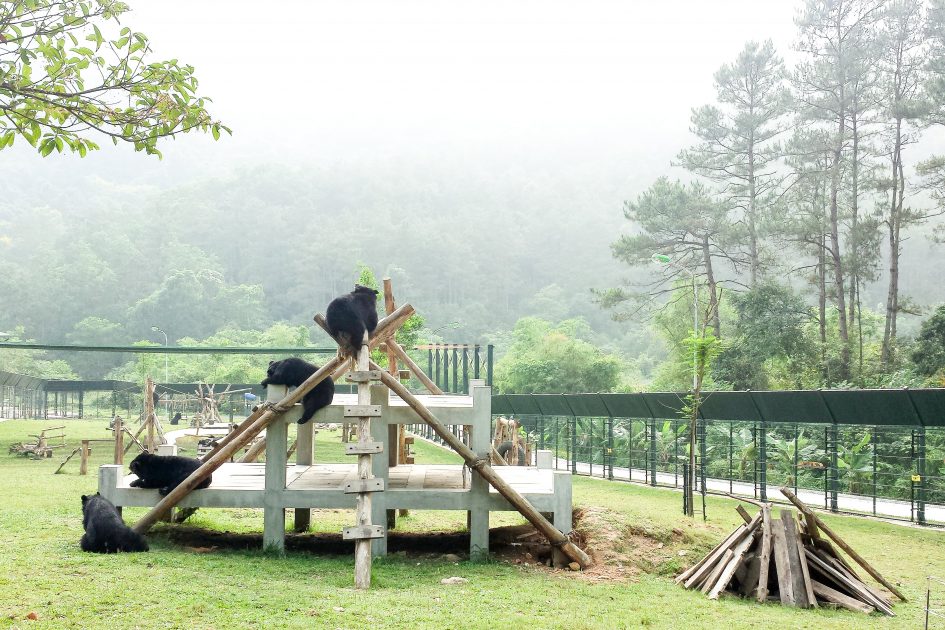 How to Get to Vietnam Bear Sanctuary From Hanoi

Only 60km north of Hanoi, Vietnam Bear Sanctuary in Tam Dao is a relatively easy drive. From the centre of Hanoi, the journey should take no more than 1.5-2 hours. The drive itself is relatively straight forward.

Roads leading to the sanctuary are main roads and are accessible for motorbikes. Some of these roads are wide and busy. Be sure to keep to the right-hand side of the road to allow cars to pass if needed. However, the final stretch of road is more challenging in terms of road quality. Once the main road has been left, the road winds through the beautiful scenery of Tam Dao National Park toward the sanctuary.

Below we have attached our suggested route for riding a motorbike to Vietnam Bear Sanctuary. We have also pinned a suggested hotel and sights to see.

If you need some motorbike driving tips for the countryside or looking for more day trips near Hanoi, you can check out our blog here:

error: Content is protected !!
We use cookies to ensure that we give you the best experience on our website. If you continue to use our site we will assume that this is ok!OkPrivacy Policy