Hanoi, Vietnam is a vibrant mix of the ancient and the modern and, as such, has a little something for just about everyone. Honestly, there are too many things to see in Hanoi with only one day, but if you’re short on time, something is better than nothing.

Whether you’re an early riser or a night owl life on the street will offer a little surprise for you. To avoid that ‘What must I see and do?’ feeling here is a suggested one-day itinerary of some of Hanoi’s highlights.

Hanoi in the Morning: Peace and Quiet

6:00 – 6:30 am: Rise early and, depending on the location of your hotel, head to one of Hanoi’s iconic lakes: Hoan Kiem, Truc Bach or West Lake. There are a plethora of lakeside food vendors offering Pho (noodle soup) with beef or chicken.

You may also like to try a little Xoi (pronounced “soy”), which is sticky rice. There are many varieties and you can choose from green bean, peanut or coconut to name just a few. Around the lakes, there are plenty of things to see in Hanoi – You are likely to see people exercising, be it cycling, jogging or even Tai Chi. After breakfast, you can take in the sights and cool air whilst having a coffee or coconut juice in one of the many cafes. 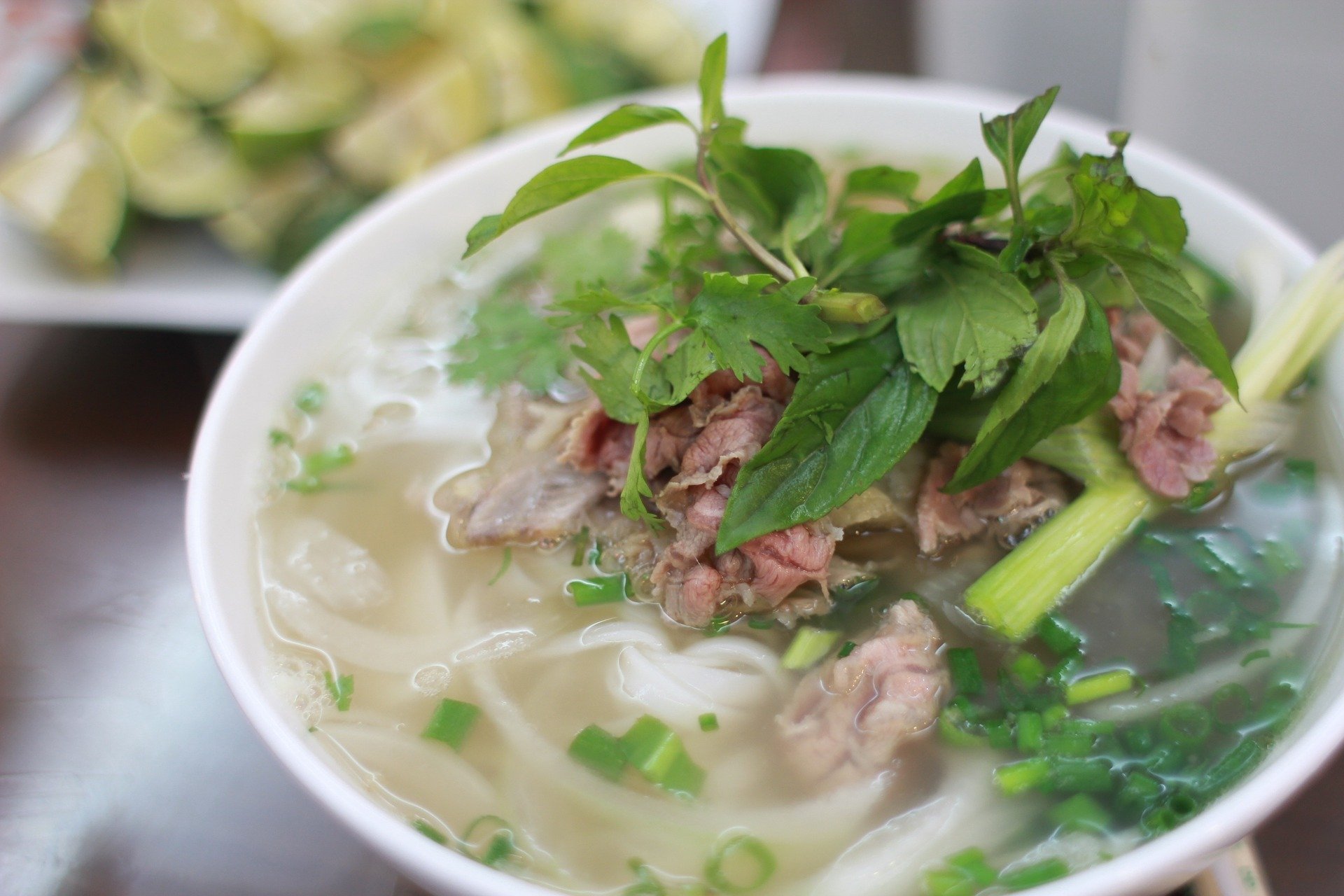 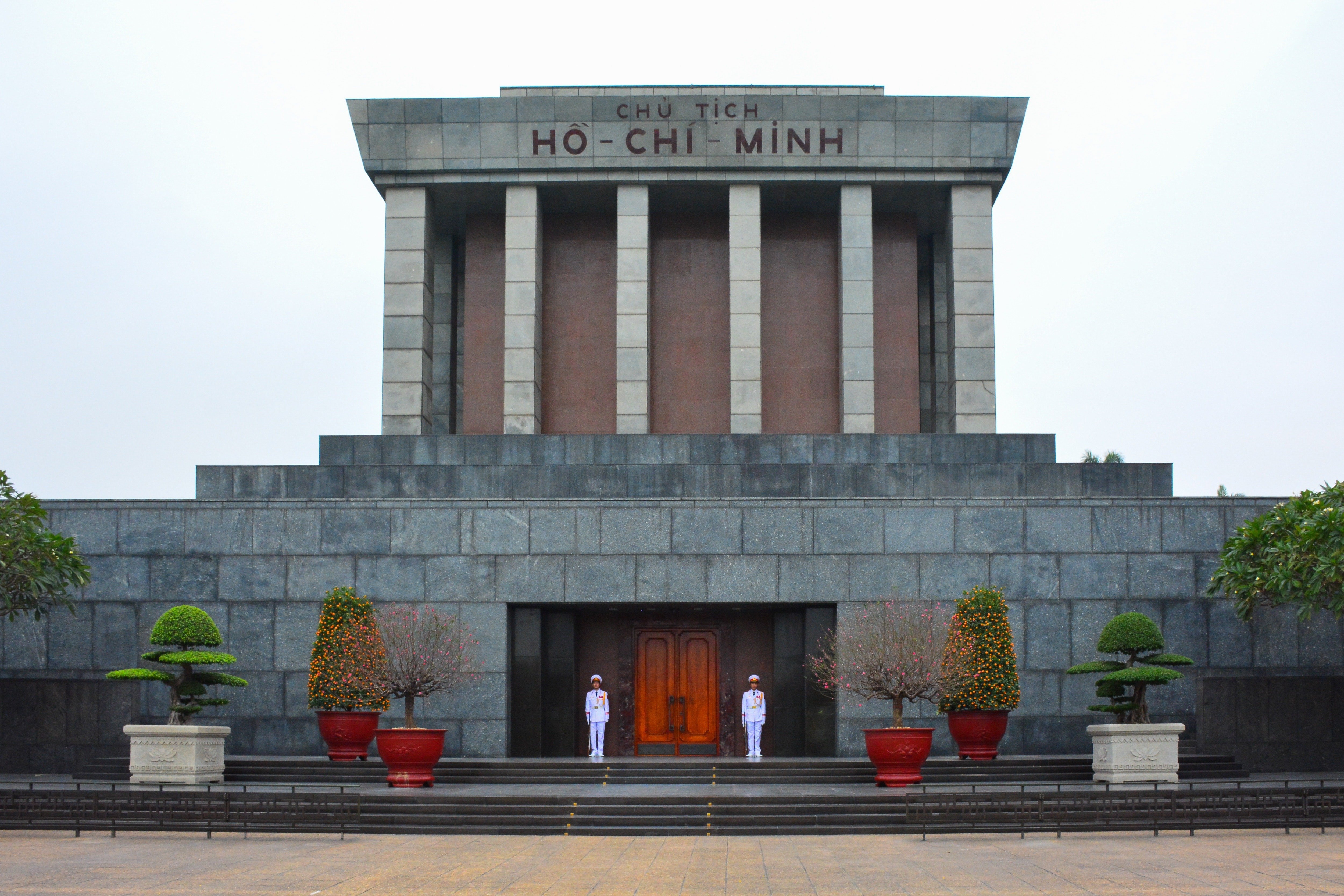 Ho Chi Minh Mausoleum is certainly high on the list of things to see in Hanoi, but it’s best visited early in the morning if you wish to avoid the crowds (we’re talking lines around the block). Bear in mind that it is closed in the afternoon.

Due to the respect and reverence afforded ‘Uncle Ho’ the dress code here is the same as temples. No shorts or sleeveless shirts along with no photos to be taken and insistence on maintaining a respectful demeanor. The structure itself is oddly similar to Lenin’s tomb in Red Square and President Ho Chi Minh lies under a glass shield for viewing.

While there, you should not miss the gardens surrounding the Mausoleum. Enjoy the lush green pathways or take a break from the sun and sit on one of the many shady benches beneath low-hanging trees.

Your next stop on your must-see list could be One Pillar Pagoda, a wooden structure built in 1049. The king Ly Thai Tong ordered its construction after having a dream in which Bodhisattva Avalokitesvara, the Goddess of Mercy, presented him with a lotus flower. The current iteration of this building is a replica of the original which, like its forebear, is designed to resemble a lotus flower emerging from the depths. Locals flock here to pray for good health and fertility. As with all pagodas you will need to cover shoulders, arms, and legs and this applies to both men and women. 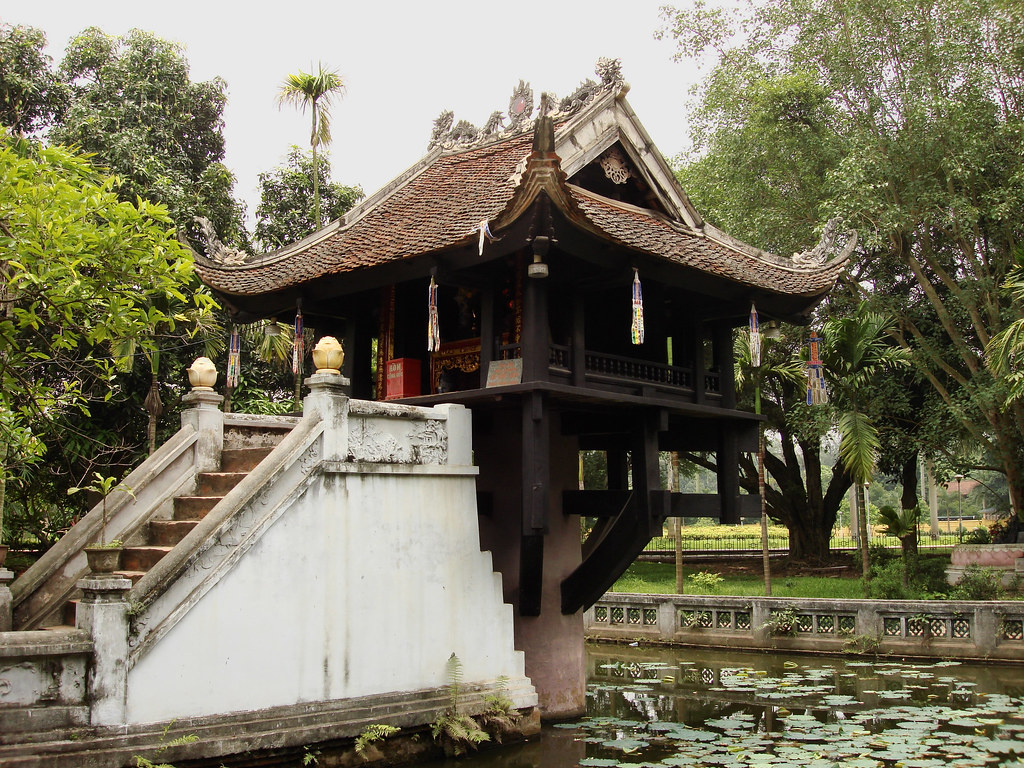 If you still have time, and energy, before lunch a visit to the Temple of Literature is high-ranking of the many things to see in Hanoi. The two parts of this are Van Mieu, which is a temple built in 1070 to worship Confucious, and Quoc Tu Giam, an elite university founded in 1076 to teach the doctrine of Confucious. This is a powerful symbol of Vietnam’s heritage and the country being established after independence from Chinese rule is also a symbol of the nation’s unification. 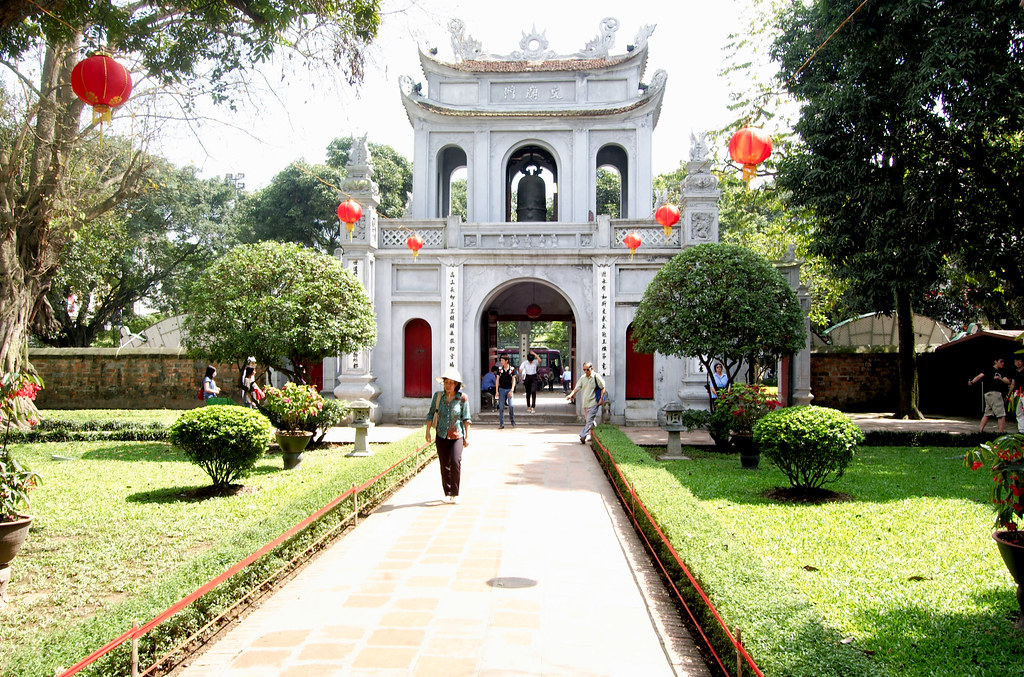 Back in the Old Quarter, you can find hundreds of restaurants offering almost every dish you could wish for. However, when in Hanoi why not eat local specialties? Two of these are: Bun Bo Nam Bo (stir-fried beef over rice noodles) and Cha Ca La Vong (Lang fish grilled with turmeric and dill, served with peanuts and noodles).

By the time you have finished lunch, you may feel like relaxing in a café and watching street life pass you by, however, there are still plenty more things to see in Hanoi. Get up and get moving.

One of the finest museums is Hanoi’s Museum of Ethnology, where you will see exhibits from all 54 of Vietnam’s ethnic minority groups. Everything from clothing to farming and cooking implements and even several full-size original stilt houses are on display together with details descriptions, commentaries, and video footage.

If you venture out into the countryside of Vietnam, Laos, and Southern China, you will see the exact same things in regular daily use. Coupled with the fact that this place is welcomely cool inside and has a wonderful café on the grounds, it makes for an excellent visit. 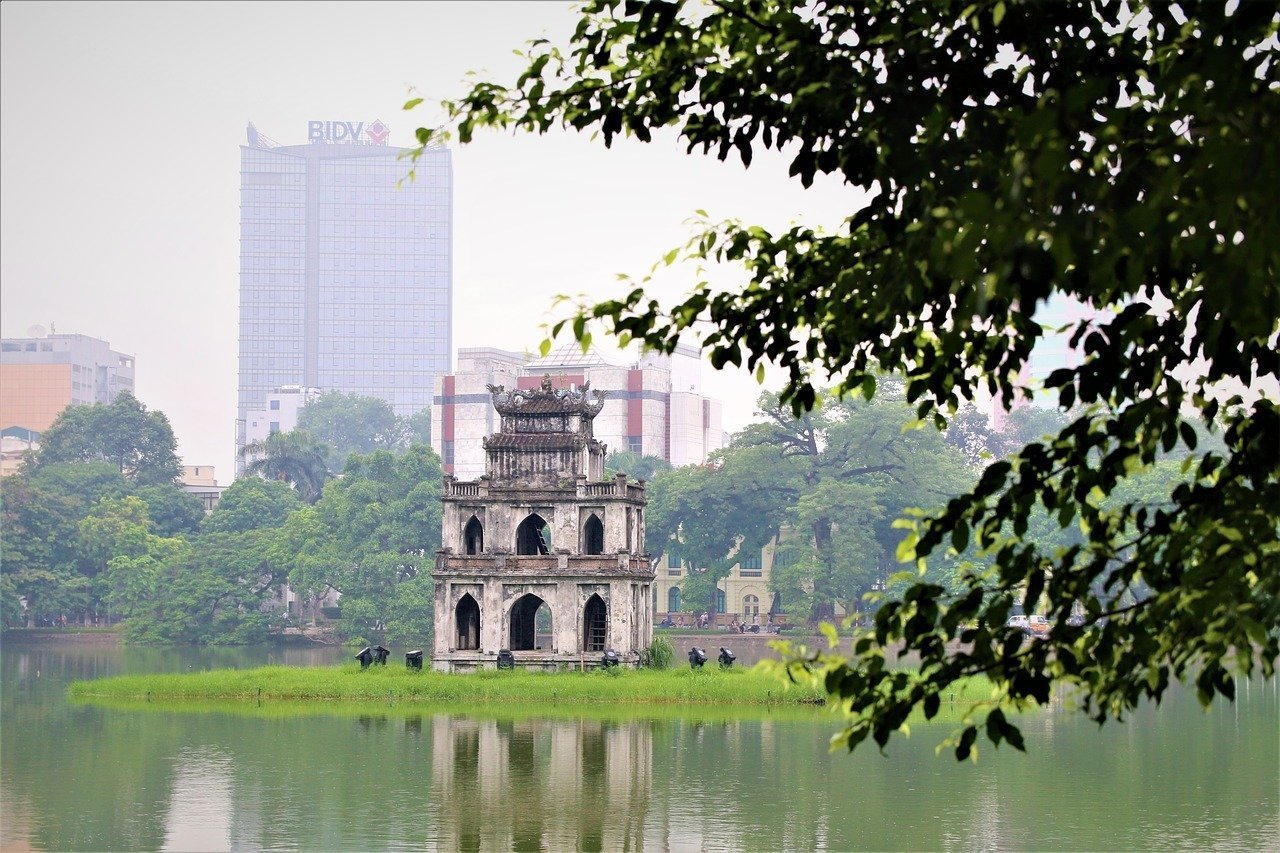 By now, it is likely time to get back to the Old Quarter to have somewhere handy for dinner and evening entertainment. Hoan Kiem lake is a popular destination for tourists at all times and for locals at the weekend when all traffic is banned and it becomes a walking street. Ngoc Son Temple and Turtle Tower, often illuminated, make for a picture postcard image that you’ll see hundreds of people posing for.  On weekend days, hoards of families, young people, and tourists gather here to wander the lakeside street, play games and eat street food snacks. There is a fun, friendly, family atmosphere that leaves one with a calm feeling before returning to the mayhem of the Old Quarter.

You may find it more relaxing and a lot easier to negotiate the Old Streets by cyclo and you will be heckled by drivers on almost every street corner. A relic from the past and definitely here to stay for some time, the cyclos remind us of a time when life was lived at a much slower pace. Drivers are happy to take you on a short tour of the things to see in Hanoi’s Old and French Quarter areas and can give you some great recommendations of where to stop for dinner. 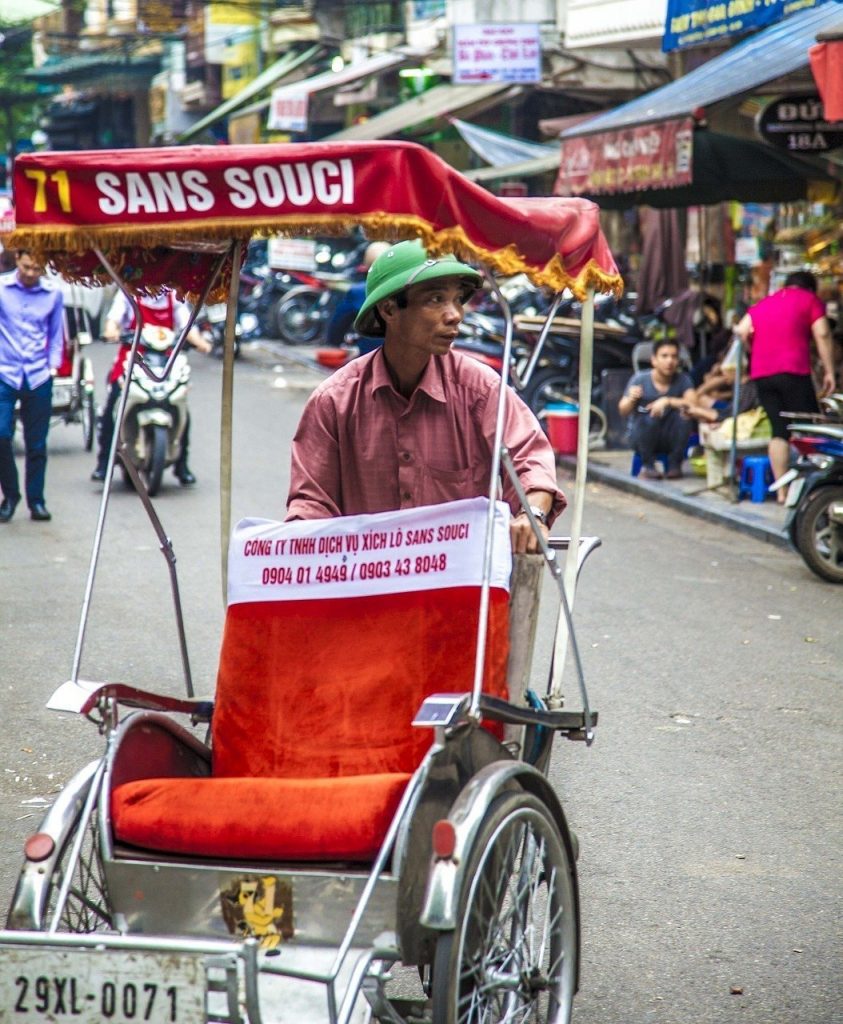 If you prefer not to wander in the streets and the traffic is too hectic, even from a cyclo, then close by Ngoc Son Temple is Hanoi’s water puppet theatre. This is definitely a show for all ages. Typical stories depicted are of daily countryside tales, the legend of Hoan Kiem Lake, and the founding of Hanoi City. For an hour you are able to escape real life and get tied up in the tales. It is noisy, raucous, and not like anything you will have seen before.

If you have had enough of street food already, the Old Quarter can offer a wide range of restaurants catering for all tastes. There is everything from the more European French, Italian or Russian influence to the Asian Japanese, Korean or Chinese. However,  such specialties as Bun Cha (grilled pork balls with noodles), Bun Rieu Cua (freshwater crab noodles), and barbecue chicken (grilled chicken wings and feet) are just some of those that are easily found and not to be missed.

As with many local delicacies, there are renowned sellers of each one. You can either wander around hunting these places out or take a recommendation from your cyclo driver or hotel staff. They are likely to know the best spots for each dish. Remember to ask them roughly how much this should cost.

Hanoi in the Evening: An End to a Busy Day

Just cheer up yourself a bit by switching into another atmosphere: a visit to Binh Minh Jazz Club will reward you with a world of colorful noise. Local celebrity, Minh, regularly plays here with his band and listening to them will bring you back to the modern.

Take a stroll along Ma May St or Ta Hien and you will find swathes of revelers hopping from bar to bar looking for the best drinks deal or a suitable genre of music. Join in and you are not likely to be home before the wee hours.

Alternatively, a glass of red at one of Hanoi’s many rooftop terrace bars might go down better. The sweltering heat can invoke thirst so, perhaps, take your tipple with a tall glass of iced water.

Once is never enough.

Unfortunately, one day is not enough to do justice to all of the things to see in Hanoi. Only a few of the most interesting highlights that are on offer are listed above. You would need a lot more time to truly get to know the city, but there is so much more in the country to see and do. Check out a comprehensive list outlining all the things to see and do in Vietnam and it well worth the read by Your RV lifestyle. Its a clear an easy read to map out your time in Vietnam. Don’t make the same mistake as most tourists- Make sure you come back for a second visit to get to know this grand city better. 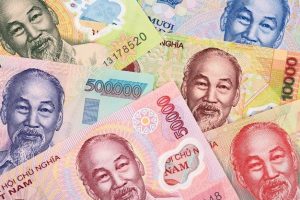 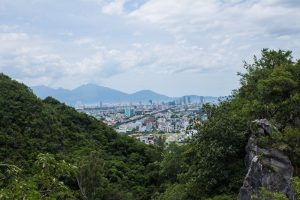