Mai Chau Valley is home to a number of small villages inhabited by a few of Vietnam’s ethnic minorities. Surrounded by vast rice paddies, towering mountain peaks, and extensive lake views, Mai Chau is an ideal escape from the busy streets of Hanoi and the pressures of daily life. Located 135km from Hanoi, it is an easily accessed location in the north and offers a bit of peace and tranquility for those wanting to escape the city. A four-hour journey is completely worth taking.

The district of Mai Chau covers an impressive 520 km² and is home to 7 different ethnic minority groups. The ‘White Thai’ people being the highest population in the district. The majority of locals in the region manage their own farmland set at the base of soaring mountains and hills. A simple life a million miles away from the one that so many of us know.

Locals live in traditional stilt houses made from bamboo and timber and are a sight to behold in themselves. Their raised houses intend to keep them safe from the effects of flooding and other creatures, such as snakes and insects. The space below their houses is often used as a space to keep their livestock.

Mai Chau also sits on the western edge of the extensive and impressive Hoa Binh Lake which has a capacity of almost 9.5 billion cubic meters of water. Due to its sheer size, the lake is truly is a rare sight and is one of the most impressive in Vietnam. In addition, rolling hills surround the lake, making it even more beautiful.

There are various different options for travel in Vietnam and all are generally affordable. Arriving in Mai Chau from Hanoi is simple and isn’t costly.

Local buses to Mai Chau run regularly from Hanoi bus station and are as little as 100,000VND ($5). Buses can take anywhere between 4-6 hours and are available daily. However, it is worth considering your comfort and flexibility. Booking a local bus in advance is not easy and accessing a timetable can be challenging. Tour companies also run buses daily and are easier to book in advance. Buses can cost anywhere between $15-25 and will take around 4 hours.

It is also possible to book a taxi to take you from Hanoi to Mai Chau. Taxis in Vietnam are often your most expensive option and will cost anywhere between $90-150. They can be arranged with any tour company or with most accommodation.

Arguably your best option in terms of making the most of any trip in Vietnam. Renting a motorbike for your journey will allow you to travel at your own pace and take in the beauty of Northern Vietnam. The drive from Hanoi to Mai Chau is certainly not lacking in places to stop and sights to see. The roads are of relatively high quality and are great for even the least experienced riders.

When arriving in Mai Chau by motorbike you have the option to take the lakeside road with incredible views of Hoa Binh Lake. This winding mountainside road will have you clinging to your bike seat whilst admiring the beauty of the lake. To read more about what motorbike you should take and what to expect from the journey, read our post about arriving in Pu Luong by motorbike. (link to pu Luong Post)

Things to Do in Mai Chau

Most accommodation in Mai Chau will offer free bicycle rental, enabling you to explore the glorious countryside at your own pace. Cruising through rice paddies by bicycle anywhere in Vietnam is something that should be embraced. Weaving down small valley roads past local farmers manning their livestock, farmworkers picking rice and through clusters of stilt houses could be the highlight of your trip!

As mentioned earlier in the post, Hoa Binh Lake is a sight not to be missed when visiting northern Vietnam. This incredibly large lake nestled between sprawling hills is truly a sight to behold.

The lake can be enjoyed by foot, boat or kayak. Tour operators will offer opportunities to spend a day cruising the lake by boat or exploring by kayak. Hiking around one of the many paths around the lake will also give you an opportunity to view the lake from a different perspective.

Trekking around Mai Chau is a great way to observe the parks more untouched areas and get a true feel for local life. Most accommodation will be able to arrange for a local guide to lead you off-road and down more challenging paths. Therefore providing an opportunity to learn more about life in Mai Chau and other parts of Northern Vietnam.

Visit Mai Chau’s main town to wander the market streets and shop for local handwoven gifts. The bustling market town offers a place to explore, eat and get stuck in with the locals. Visiting on a Sunday will give you an opportunity to see locals in their traditional clothing, demonstrating their different ethnic minorities.

Join the Locals for Dinner

The White Thai people are always keen to demonstrate their cooking and hospitality skills. Most homestays ran by the ethnic minority group will ask you to join them for dinner. And you should always say yes!

As particularly good cooks, the Vietnamese will always go out of their way to put on an extensive spread for each meal of the day. Not to mention the flowing rice wine that always accompanies dinner time. A true Viet experience that should be enjoyed by anyone visiting the north of Vietnam.

Pu Luong Nature reserve is located only 1-2 hours from Mai Chau and is an ideal trip out when staying in the district. It has even more dramatic scenery, extensive hiking opportunities, and hidden villages. Pu Luong has enough to keep you busy for more than one day.

With lush green mountains spreading for miles, Pu Luong offers yet another experience not to be missed when visiting the North of Vietnam. For more information on what to do and where to stay, read our blog post on Pu Luong.

Due to its popularity and increasing tourism, Mai Chau has a wide range of accommodation to choose from. Ranging from a family homestay to a 4* resort. Making a decision on where to stay can be tough. However, your decision should be made based on what you are hoping to gain from your time in rural Vietnam.

Resorts in Mai Chau are very popular with local Viet tourists looking to escape their busy city lives and experience a slice of tranquility for the weekend. Most of the resorts have pools and a place to relax during your stay. If a chilled, relaxing experience is something you’re seeking from your time in Mai Chau, then a resort could be for you!

Remember resorts in Mai Chau can be costly. If you’re planning on spending time exploring the countryside, we would suggest staying in a homestay.

Many of the ethnic minorities in Vietnam are extremely hospitable and are keen to share their simple way of life with tourists. Therefore offering a slice of what living in rural Vietnam is truly like and homestays in Mai Chau are no exception.

Local ethnic minorities, such as the White Thai people, have opened their doors to offer tourists a place to rest their weary heads after a long day of exploring. Food is always prepared for each meal of the day upon request, rice wine is usually on tap and a clean bed is waiting. 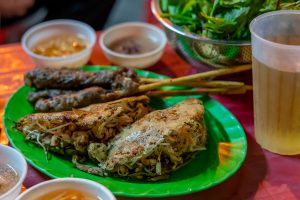 A list of some of our favourite street food dishes in Hanoi. Including correct Vietnamese pronunciation, ingredients and cooking methods. 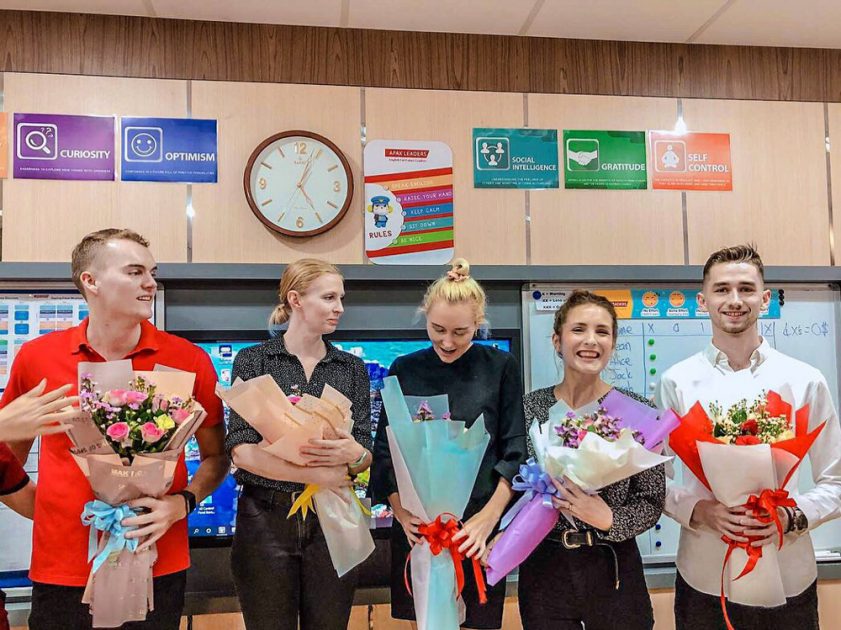 An list of our top 5 teaching jobs in Vietnam in 2020. Including what companies to work for, company benefits and locations. 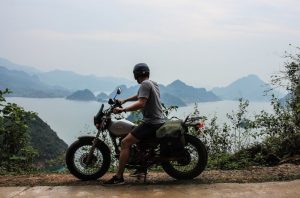 The famous Hai Van Pass sits proudly at the centre of Vietnam’s stunning coastline. Here’s how to complete the drive on two wheels!

Menu
© 2022 Rentabike Vietnam. This site is subject to copyright. No unauthorised reproduction is permitted.