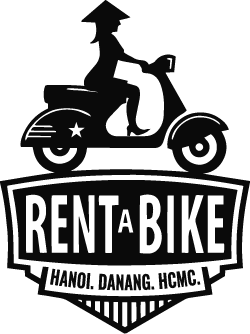 Top 5 Vietnamese Coffees You Have To Try 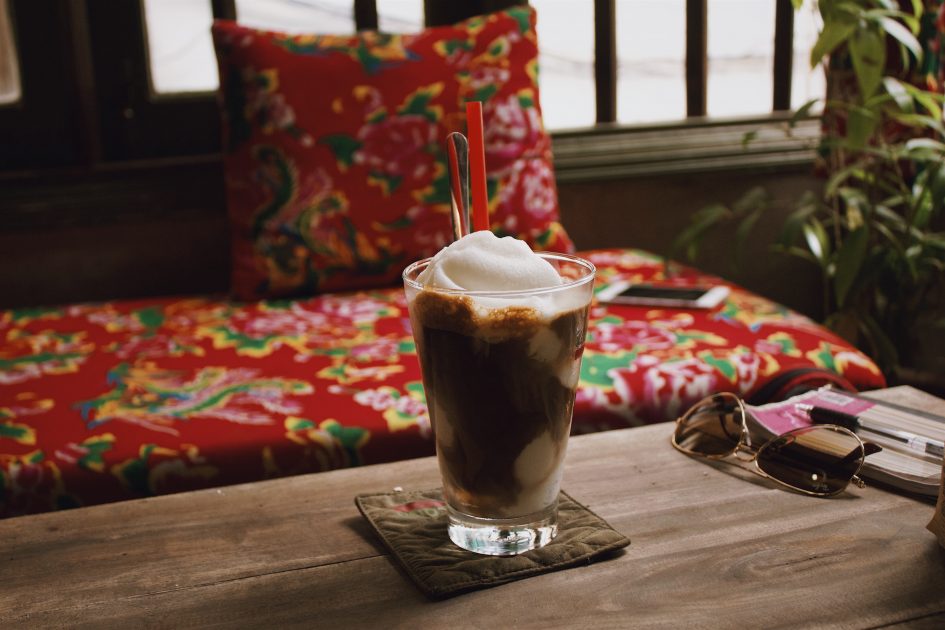 Most travelers visit Vietnam for its incredible scenery, warm culture, and delicious street food, not for Vietnamese Coffee. However, coffee culture in Vietnam is rife and is one of the most appealing aspects of visiting the country. Vietnamese coffee attracts coffee lovers from all over the world. Coffee in Vietnam is served in a number of weird and wonderful ways. And our familiar western way of serving coffee with ordinary milk and espresso is rare to find across the country.

Drinking a cup of Vietnamese coffee isn’t just about the taste, however. It’s about the experience.

In this post, we will begin by exploring the traditions of Vietnamese Coffee culture. Explaining why it’s important for visitors to embrace the traditional way of drinking coffee and what to expect.

Secondly, we will list out the top 5 ways to drink Vietnamese Coffee. Including the best places to drink particular styles of coffee and how they can be ordered in Vietnamese. We will also include the typical cost of each coffee.

Vietnam is not commonly known for its coffee production, but it will come to you as a surprise that Vietnam is second in the world for producing coffee exports, However, farming coffee is something that the Vietnamese have done throughout history! From the early 20th century, the Vietnamese have farmed coffee across the country, making it a main source of income. Second, to rice, coffee growth feeds into the countries ever-growing economy. And feeds their national caffeine addiction.

As a result, streets and roads across the entirety of Vietnam are lined with cafés, small restaurants, and street sellers. All of which will sell you a traditional cup of Vietnamese Coffee for as little as 15,000VND ($0.60).

Due to this, locals sip traditional Vietnamese coffee at the side of the road, on tiny plastic stools, whilst motorbikes whip past inches away from them. It might seem crazy, but joining them is a true highlight for any tourist in Vietnam.

The capital, Hanoi, is particularly alive with cafés. One of the greatest things about the city is the high number of small cafés hidden in every nook and cranny.

We have to admit, sitting on a questionable stool at the side of a busy road whilst the caffeine begins to kick in is enough to get anyone’s heart racing! Really, what’s not to love.

Hanoi aside, Ho Chi Minh City is also booming with high-end cafes. One of the greatest attractions in the city is the Apartment Café building. An old block of apartments that have been redesigned as small independent cafes. All of which overlooks the bustling high street. A true novelty, not to be missed. 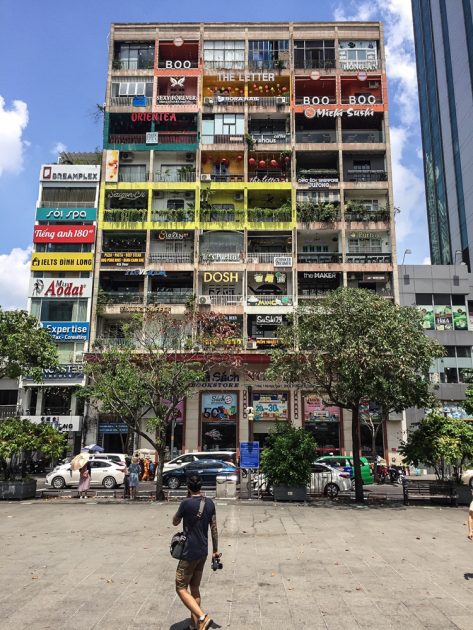 As previously mentioned, coffee in Vietnam comes in a number of different weird and wonderful ways. Many of which you would not expect! However, we feel that all options are delicious. Who’d have thought an egg would work well with coffee. The Vietnamese apparently. Below is a breakdown of 5 of the best coffee you can drink while staying in Vietnam. All of which are variations of their number one traditional way of serving coffee, Vietnamese drip coffee.

Grown and farmed in Vietnam, this traditional coffee has a strong, rich and individual taste. Due to the fact that it is local produce, it is readily available across the country and enjoyed by everyone. Known by the Vietnamese as Ca Phe Sua Nuong, it is the traditional way of brewing and serving their delicious coffee.

A Vietnamese coffee filter is required to brew this coffee in the way it was intended. Firstly, ground coffee beans are added to the metal filter and placed above a small cup. Secondly, boiling water is then added to the filter before the slow process of brewing ensues. Finally, the water will slowly begin to pass through the filter and into the cup.

Once the water has passed through the filter, it is removed from the cup and condensed milk is added to sweeten the taste. Hardcore coffee lovers will be able to enjoy this coffee with diluting or sweetening it. However, most will find it tastes very rich and will find it easier to drink once diluted. 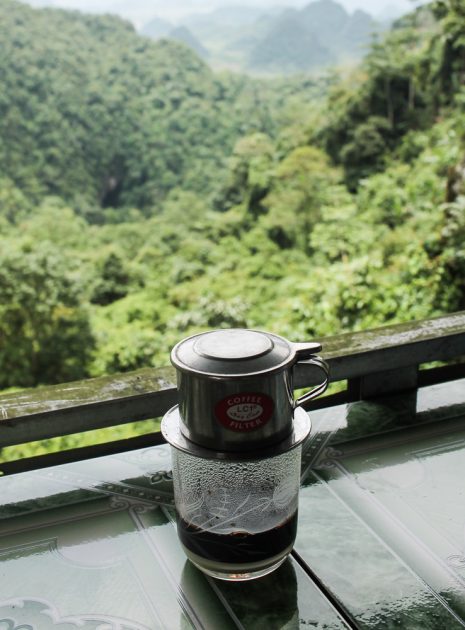 Known by the Vietnamese as Ca Phe Sua Da, this traditional drink is enjoyed mainly in the north. However, it is available almost anywhere in Vietnam! Be it at a homestay along the Northern Ha Giang Loop, or at the side of a dusty dirt track in the south, you’ll be sure to find a cup of Vietnamese Iced Coffee.

As a result, locals have mastered the production of this particular coffee. Served in a tall glass over ice, this traditional drink is a delight and a sweet treat.

This attractive and refreshing coffee is then stirred to create something similar to a very strong, sweet iced latte. YUM!

And one of the best elements of this drink is its cost. At as little as 25,000VND ($1), this drink is a real treat! Be warned, however, it’s easy to sink 3 of these in a row and find yourself in a caffeinated delirium. 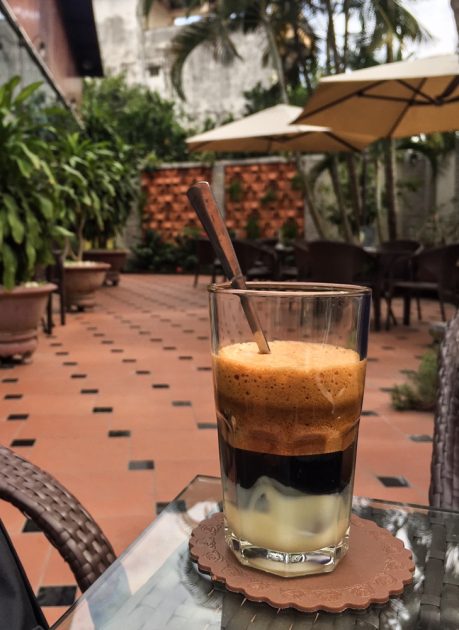 A favorite amongst expats living in Vietnam, Coconut Coffee is possibly the most refreshing of our top 8. And a personal favorite. Known by the Vietnamese as Ca Phe Cot Dua, this delicious icy drink offers a kick of Vietnamese Coffee, accompanied by the sweetness of fresh coconut.

Due to the fact it is made predominantly out of ice, coconut coffee is an ideal choice for those wanting to cool down on a hot day. Served in a shot glass, this drink is made from coconut milk, blended with a generous helping of sugar and ice, topped with Vietnamese drip coffee. Often, the drink is served with a spoon and resembles an ice cream or a slush. 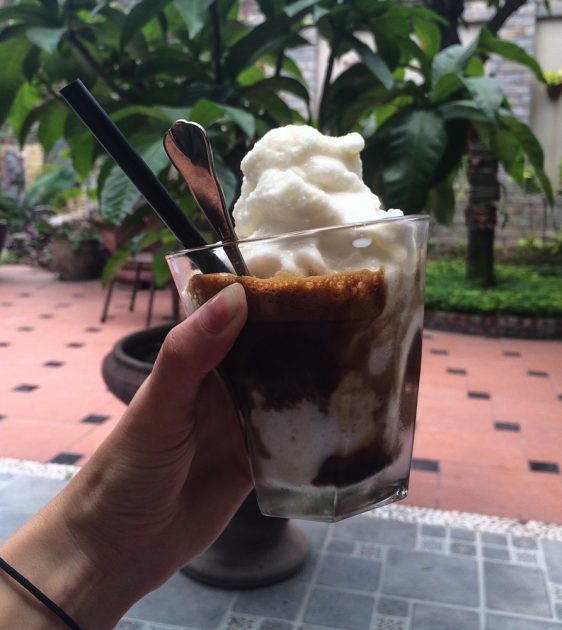 The strangest option from the Vietnamese Coffee list, egg coffee, is not a drink to be missed when visiting Vietnam. Despite the fact that the thought can make your stomach turn, this delightfully sweet coffee is very popular across the country. Made from exactly what it’s title states, egg and coffee, this drink offers drinkers a welcome surprise.

Known by the Vietnamese as Ca Phe Trung, egg coffee is guaranteed to taste like no other drink you’ve ever had.

Due to the thickness of the mixture, it sits perfectly on top of the coffee. As you tip your cup to drink, you will get a delightful mouthful of what tastes like a sweet creamy froth, followed by rich coffee. Incredible.

Like coconut coffee, this drink is slightly more expensive than a traditional Ca Phe Sua Da. Which means you can expect to pay between 40-70,000VND for a delicious cup. 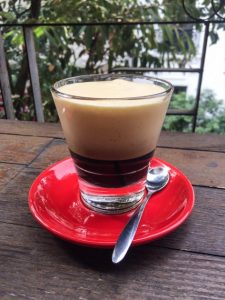 Yogurt coffee is yet just another spectacular mash up the Vietnamese have thought of. Furthermore, this rather odd combination is just as delicious as the others. A somewhat filling and energizing treat, yogurt coffee can be enjoyed across the country. However, in contrast, it is not as common as other coffees we have mentioned.

Known by the Vietnamese as Ca Phe Sua Chua, yogurt coffee is best enjoyed as an afternoon snack or as an energizing breakfast. Made from a blend of yogurt, Vietnamese drip coffee, ice and sweetened with condensed milk, it makes for an ideal snack.

Why Vietnamese Coffee is The Bomb

It’s simple really. Vietnamese coffee is utterly delicious. In this post, we have highlighted just 5 of our favorite ways to drink Vietnamese coffee. Despite this, there are even more ways you can track down new and strange ways to enjoy the stuff.

It’s no lie that the Vietnamese are creative when it comes to coffee. Don’t miss out and drink it daily. 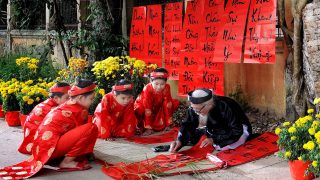 Tet Holiday is the biggest celebration in Vietnam. Here is what you need to know and understand when people say,…
Read Now > 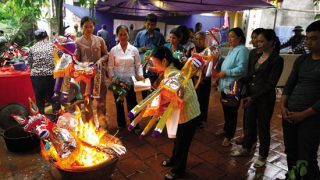 The tradition of burning paper money exists throughout Asia. Learn about its history here: do you think it will continue…
Read Now > 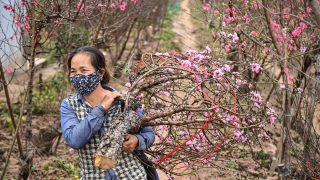