SaPa is high up on the tourist bucket list when it comes to Vietnam and renting a motorbike in SaPa is a popular choice. You have the freedom to roam around the town and into the countryside for some of the best sightseeing.

Your first choice is whether or not to travel to SaPa by motorbike, or whether to choose a different form of transport. If you need to rent a motorbike in SaPa, then there are a few checks to make before driving away and a few things to be wary of when returning any motorbike.

After that, there are many great places to stay and to visit in SaPa. If you decide it is a place you’d like to visit, then you will definitely have a good time.

SaPa lies 350Km away from Hanoi at just over 1,500m elevation in the northern province of Lao Cai around 35Km from Lao Cai City and a train station. It takes about 5 hours to get to Lao Cai and about 1 hr to travel up to the hilltop resort. You can either drive yourself on a motorbike or get a bus/train from Hanoi. After, it is a small minibus up to SaPa town from Lao Cai train station.

Originally, it is said to have been built by the French as a retreat from the summer heat of Hanoi. In reality, it is just one of a long line of military installations stretching across the North, used during the French colonial era. The French have long gone and now it has turned into a major resort, which is perhaps too successful for its own good. The signs of over-tourism are quite evident as with many sites in Vietnam.

SaPa is the traditional home to five of the 54 ethnic minority groups in Vietnam: H’mong (also known as Miao), Red Dao (Yao), Tay, or Choang (Zhuang), Giay and Phu La (Yi). These groups share some traditions and cultures with others across the border in China and beyond. You can identify the different groups by the clothing they wear, the organization of their villages, the style of their houses, and sometimes by the elevation at which their villages lie.

There are many great places to visit ranging from the mighty Fansipan Mountain to Silver Waterfall to Cat Cat or Ta Van village. There is something for everyone even those that seek nightlife.

How To Get To SaPa

This is possibly the easiest way to get to Lao Cai / SaPa. You simply need to go to My Dinh bus station and buy a ticket for the next bus. They leave regularly in the morning (a few) and the late evening. The journey takes about 8 hours, so you will arrive in the late afternoon or the early morning.

You will not be able to rent a self-drive car so you will need to have a driver. This means that it is a more costly option unless split between many people. You can book a minibus (16 seats) or a private bus (16 seats converted to 9 for more space/luxury) and this is quite reasonable.

This is also relatively simple and the cost depends greatly on the type of ticket you buy. There are several days and evening trains as well as there are hard seats, soft seats, hard sleepers, and soft sleepers. It is a good idea to get a soft sleeper so that you can get a good night’s rest. You will then arrive in Lao Cai at around 6 am and SaPa before 8 am.

You can ask your accommodation to pick you up for free at the train station and take you to SaPa or you can get a local minibus for around 50,000 vnd.

Obviously, this is our preferred option and you can see our full route to SaPa. You will need to choose between driving directly in 1/2 days or a longer route of 4/6 days. Scroll down for motorbike rental tips and contacts in SaPa.

There are a lot of options when deciding to rent in SaPa. Your hotel will probably have bikes for rent or there will be dedicated bike rental shops. These are the best two options. A third option is to rent from someone on the side of the road but, that is a lot more troublesome and should be avoided. It may, however, be your only option in high season when everything is taken.

Generally, motorbikes will cost between 80,000 to 240,000vnd per day with a helmet (very poor quality) and will not include petrol or insurance. Take note: if you break it you pay to fix it.

There are lots of options for rental in SaPa. Here are a few suggestions. NONE of these are recommendations.

Tips For Motorbike Rental In SaPa

Always take care when driving a motorbike and renting property. Be aware of what may go wrong. Here are a few tips to help avoid problems:

What To Bring/Wear For SaPa

When taking a trip on a motorbike in SaPa, it is a good idea to prepare a few things that you might need to use. Your rental will include a helmet but it will be low quality so you may want to bring your own.

Tips On The SaPa Area

Places To Visit In SaPa

This church was built by the French and used as they, very successfully, converted the local H’mong people Christianity. It is still in use today and is a wonderful site on special events.

Behind the church are steps that take you up to the top of Dragon’s Jaw Mount. On a clear day, you can get great views of the town and the valley below. On misty days, there can be a creepy feeling as you climb that is very unnerving.

Every Saturday the market is held. It is a chance for the local H’mong and Dao to come together to trade goods. There are singing and dancing and you will also see the young people hanging out together.

This is the easiest place to get out of town and is not even a 5-minute drive from the main square. You drive on your motorbike passing the small H’mong villages, where you will witness life going on as it has done for centuries.

This takes a little longer to get reach but you are rewarded with a more remote landscape. There are many rocks lying slap bang in the middle of the rice paddy and some of them have strange shapes and characters carved on them. The origins of this are still a mystery and it has become a national heritage site.

There are three options to choose from to visit the peak. The first is to take the cable car up and down. This is by far the easiest way and means that you are not too disappointed if all you can see at the top is mist. The second is to trek up, which takes two days and you sleep on the mountain and then take the cable car down. The third is to trek up and down the mountain which is rarely chosen nowadays. Obviously, before the days of the cable car, this was the only option.

It is best to take a guide for options 2 and 3 because people have died on this mountain.

This is about 15Km from SaPa to the Northwest towards Lai Chau. It is an easy drive on tarmac road but be careful of the traffic. It takes about 30mins to get there and is at an elevation of around 1,800m. It can be cold in winter. It is called ‘Silver’ waterfall because of the constant flow of water resembles a strip of silver.

Places To Stay In SaPa

I have never counted but there must be more than 200 options to choose from in SaPa town alone. This doesn’t count all of the homestay options that are down in the valley.

Down in the valley, things are quite different and you will either find a cheap dorm-style homestay for around 100,000vnd per night for a bed in a large communal room or much more expensive bungalow-style chalets costing 500,000vnd or more. Meals in these places are generally on the expensive side because you have nowhere else to go and because they are huge feasts with free-flow rice wine.

Places To Eat In SaPa

In the main town at the top of the hill, there is a wide variety of places to eat. You just need to walk down the main strip and you have your choice of both Vietnamese and International cuisines.

If you are staying in a homestay, you will eat there. You just need to tell the host how many people and if there are any foods that are dietary concerns. The homestays cook really fresh and tasty Vietnamese dishes. There will be a good variety so there will be something for everyone. Just watch out for the traditional rice wine!!

Have a good trip!

If you take note of all the information above, you are going to have a great trip to SaPa with minimal problems and discomfort. There is a great deal to see and do, so spending a few days is easy. We hope you have a lovely time. 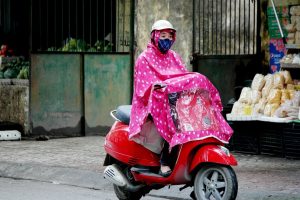 What to Pack When Traveling in the Vietnam Rainy Season

Vietnam’s Rainy Season Believe it or not, traveling during the rainy season in Vietnam can be a good thing for travelers: hotels and flights are 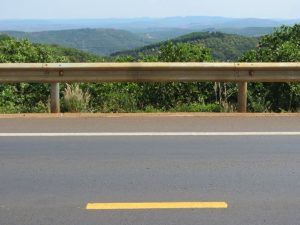 In this comprehensive guide, we share places to stay and eat, and things to see and do on the Ho Chi Minh Road. 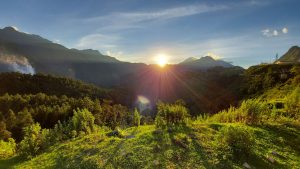 Northwest Loop (10 days) A classic loop fitting in the historical sites in Dien Bien Phu and some fantastic mountain passes. Then up to Sa 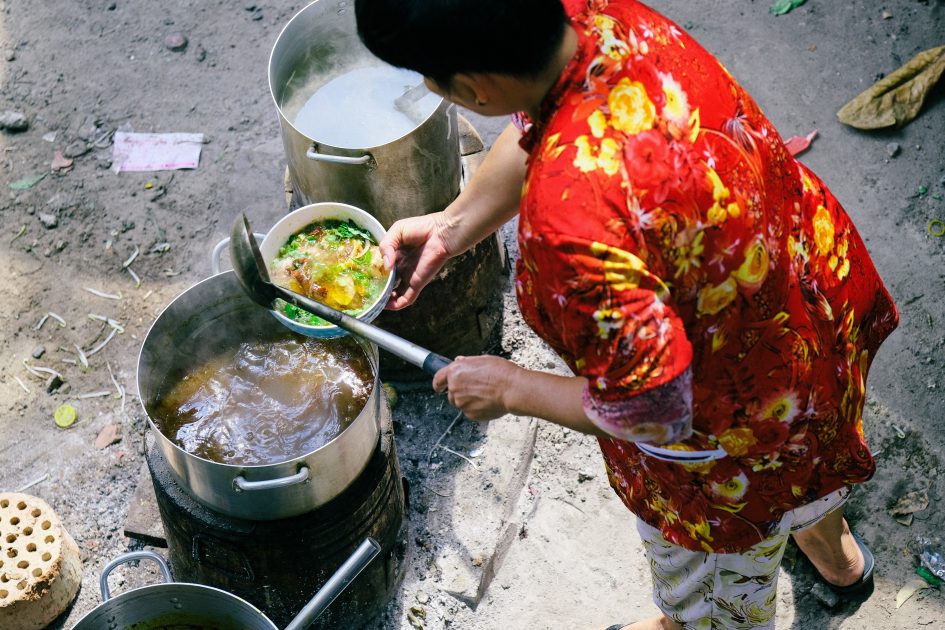 Hanoi Cuisine The capital city of Vietnam, Hanoi, is famous for its incredible street food culture. Among other aspects such as crooked narrow streets and